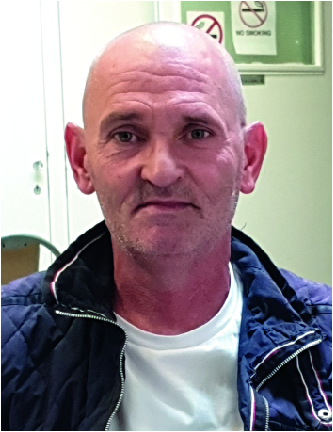 During June of 2020, Regis Recruitment were advertising for office and School Cleaners in Cardiff & Gwent and were being assisted by a couple of national Charities by way of interviews.

One person (JOHN) was residing at the Salvation Army centre in Cardiff. Originally from Romania, and with no family or friends, he has now successfully received his documents, not only to remain in the UK, but also received a ‘CLEAR’ status on his CRB.

We are pleased to announce that after rigorous checking and short listing, ‘John’ was placed into a Cardiff School, as a cleaner in August 2020, and has successfully remained there for over 6 months, learning COVID – 19 Rules for children’s safety.

John is now 57 and is single. He was born in Romania and as a baby was taken to an orphanage in Belarus Romania, where he stayed for most of his childhood and teenager life. He had no family and no friends whilst he grew up and was determined to leave as soon as he could.

Moving forward to 2013 when he arrived in UK. He worked in various kitchens in London, where he received a pittance, but managed to keep himself fed. For 4 years he had no lodgings and lived under railway and road tunnels sleeping rough. He manged to get to Bristol in 2018 and managed to find small bits of work, but still not enough for lodgings. The Bristol Salvation Army managed to get him a room at the Cardiff Hostel, where every now and again he found the odd job and his status to remain in the UK was finally accepted.

The Director of Regis Recruitment was invited by the Salvation Army to interview him and remarked on how keen he was to contribute to those who had seen promise in him and shown compassion. After rigorous checks, a CRB check, and further meetings with the Salvation Army, it was agreed that ‘John’ should be given the opportunity to show his enthusiasm to work to stay off the streets.

He commenced in August 2020 at a Cardiff School (key Workers) and was taught by the existing staff on the standards of cleanliness required, which ‘John’ took on board. He was also used in a Janitorial mode whilst at this School.

Working alongside his social worker, ‘John’ managed to secure and rent a very small flat, which has enabled him to contribute to the local community.

Nick Pilgrim (Director Regis Recruitment Ltd) commented “John was very keen to impress and show his work ethic. In return, he needed people to believe in him, and needed a suitable lodging place where he could feel secure. We are pleased that we have assisted someone to ‘turn their life around’ if given that opportunity.

We look forward to sharing more success stories in 2021

Feedback from our Candidates & Customers

What other people thought about the service provided by Regis Recruitment